While past studies have flagged accuracy problems with pulse oximeters, the most recent study considers how they affect patient care.

The potential downstream effects of the inaccurate readings extend beyond supplemental oxygen. The authors of the study noted that pulse oximeter performance disparities could also affect decisions on fluid management, specialty consultations and ICU admission.

“Artificially high [oxygen saturation] readings in the emergency department could affect the perceived need for cardiology service admission for heart failure management, possibly explaining the finding that Black and Hispanic patients were less likely than white patients to be admitted to a cardiology service,” they wrote.

Last year, the FDA issued a safety communication about the accuracy of pulse oximeters, after a study published in the New England Journal of Medicine brought the issue of racial disparities with the devices back into the spotlight. The devices are less accurate because surface pigmentations, including skin melanin, can affect light absorption and scattering. They’re also less accurate when oxygen saturation falls below 90%. Over-the-counter pulse oximeters, which are not reviewed by the FDA, may be even less accurate.

The agency recently added that it plans to hold a public meeting later this year to discuss recommendations for healthcare providers and patients, as well as data that should be provided by manufacturers, because of the ongoing concern that the pulse oximeters may be less accurate for people with darker skin.

下一篇：The internet of things: A win, win for healthcare 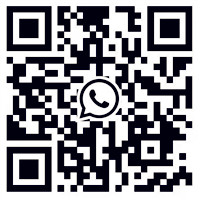